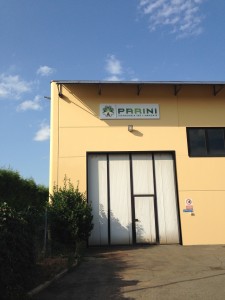 The company began operation in 1985 in the transport plant field for general industry.

Since 1990, following increased attention to environmental issues and environmental protection, especially in Northern European countries, the Company began to specialize in the production of machines for ecology, with particular reference to machines for the waste sorting.

Since then, there has been continuous improvement in technology pertaining to this sector, which today allows the recovery of most recyclable material or recoverable as a source of energy, resulting in a percentage decrease of landfill of waste.

Since establishment we have gained 30 years of experience, during which we have developed and continuously refined our machines, so much so that our Customers acknowledge their efficiency and durability.

The profitability of a waste sorting plant today depends more than ever on the reliability of ALL machines which make up the plant, whether they be simple conveyors or more complex machines.

The reduction of downtime due to failures or ordinary maintenance, is a priority for us and a competitive advantage for our Customers. 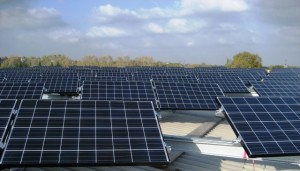 Concern for the environment characterises not only the type of product supplied by our Company, but also the production system.

In fact, since 2008, production energy requirements are largely covered by renewable energy sources, in particular from a photovoltaic plant built on the roof of our Operational Headquarters. The system is composed of a series of photovoltaic panels, with a fixed – orientation and a part almost (approx. 2/3 of total modules) to solar pursuit.

These follow the movement of the sun changing their azimuth angle from EAST to WEST (approx. 180 degrees) and maintaining a fixed tilt angle of 25°.

The motorised modules are driven via a simple mechanical system with steel rope and a gear-motor. The installation includes a system of control and data logging connected to the network, that can detect anomalies or any tampering at distance.

Approximately 40% of energy produced is self-consumed in production, 60% is fed into the grid.